The Beatles Reimagined App connects fans in a centralized mobile platform that brings together:

The app also provides fans the opportunity network and to comment/share their thoughts and opinions on the project.
Featuring contributions from Edward Sharpe & the Magnetic Zeros along with nine emerging U.S. bands across diverse genres, Beatles Reimagined commemorates the 50th anniversary of the recording and release of Beatles tracks from 1963-4, including “From Me To You,” “She Loves You” and “I Saw Her Standing There” which cemented the band’s status as rock and roll royalty.
The Beatles ReImagined Project has been featured in the NY Times, Rolling Stone, and Hollywood Reporter.
Please see the links below for the app:

Beatles Reimagined in the Press: 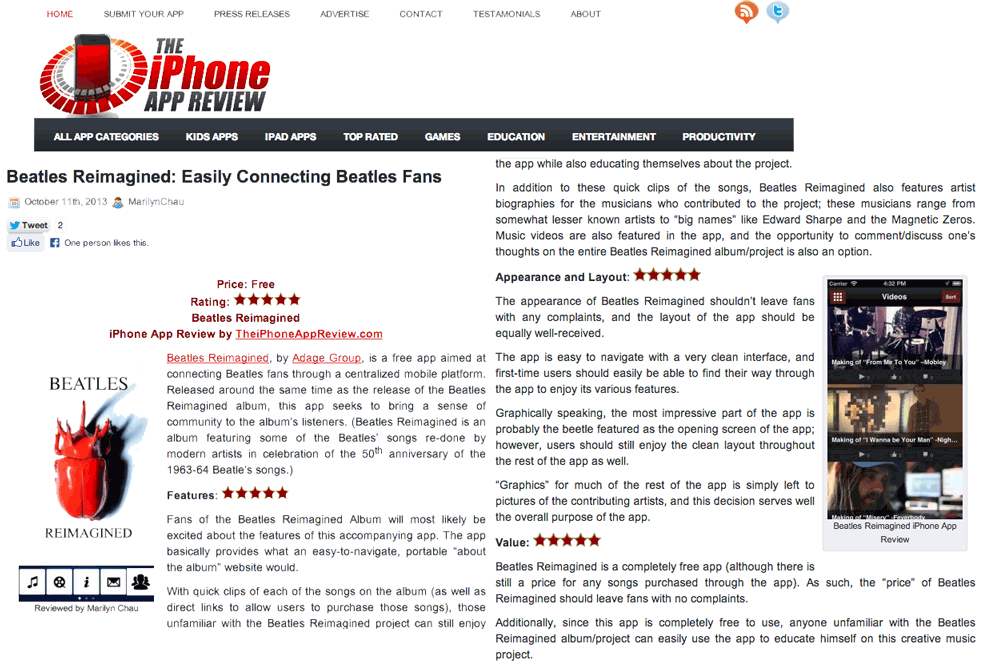